Coolsculpting London Harley Street – CoolSculpting combines the science of Cryolipolysis™ with advanced proprietary engineering. What makes the procedure different from other non-invasive modalities for fat removal is its advanced cooling technology that selectively targets and eliminates fat cells gently and gradually while sparing all other tissue. Coolsculpting is widely available in private London Harley Street Clinics.

The Coolscuplting process is NICE and FDA cleared to help eliminate stubborn fat in 5 treatment areas:

ZELTIQ developed an advanced medical device that utilizes Cryolipolysis to eliminate fat. The device is available to physicians specializing in cosmetic procedures. 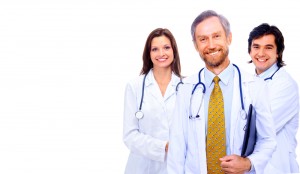 With the Zeltiq CoolSculpting procedure, a specially designed cooling applicator is applied to the desired area of fat reduction to extract energy (cooling) from the underlying fat tissue without damage to other tissues. The applicator cup uses a gentle vacuum pressure to draw the tissue between the cooling panels. During the procedure, the applicator delivers precisely controlled cooling conditions that have been proven to target and eliminate fat cells in specific areas of the body. When fat cells are exposed to precise cooling, they trigger a process of natural removal that gradually reduces the thickness of the fat layer.

The ZELTIQ system controls the rate of energy extraction or cooling during the procedure. The result is a reduction in fat bulges that is visible in most patients in two to four months. The fat cells in the treated area are gradually eliminated through the body’s normal metabolic processes, similar to how fat from food is eliminated.

With this non-invasive technology, there are no needles, no incisions, no need for anesthesia or pain medications, and no recovery time. Patients typically resume normal activities on the same day as the procedure, making it a good choice for patients seeking a non surgical alternative to liposuction.

Coolsculpting is a safe, non-invasive treatment.

There’s no knife. No suction hoses. No lasers, even. and Zeltiq London is available now in Harley St Clinics